A murder of crows have descended upon Auburn, Wash. However, these crows don’t bring a cacophony of cawing in their wake.

They also aren’t here to feast on your food. Well, maybe one of them is interested in that.

Auburn is in the midst of an avian extravaganza. Many pieces of bird-themed art have sprung up at the city’s community center and Les Gove Park. 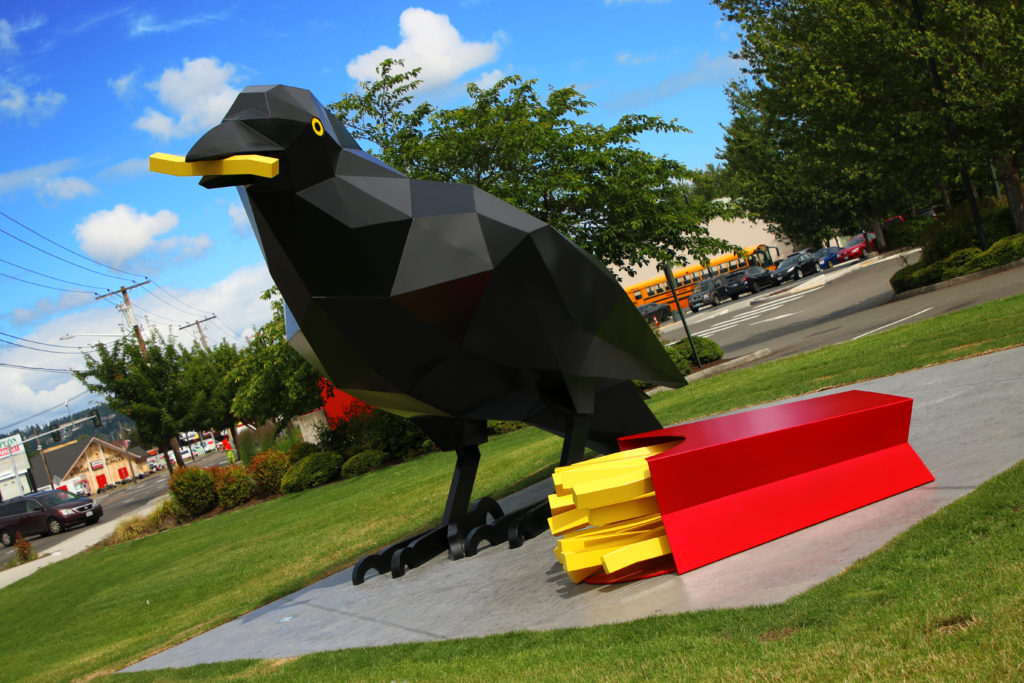 But, one particular piece of art is very likely to catch your eye when driving down Auburn Way South on your way to Muckleshoot Casino. At the very least, you’ll feel its big yellow gaze on you.

A giant statue standing 18 feet long and 12 feet tall depicts a crow with a familiar, tasty snack in its mouth. You’ll also note the oversized box of fries at its feet. You’ll find it standing tall in a grassy field across from the Auburn Public Library.

The colossal corvid (a fancy word for the family of winged creatures that crows are a part of) is appropriately named, “Crow With Fries.” 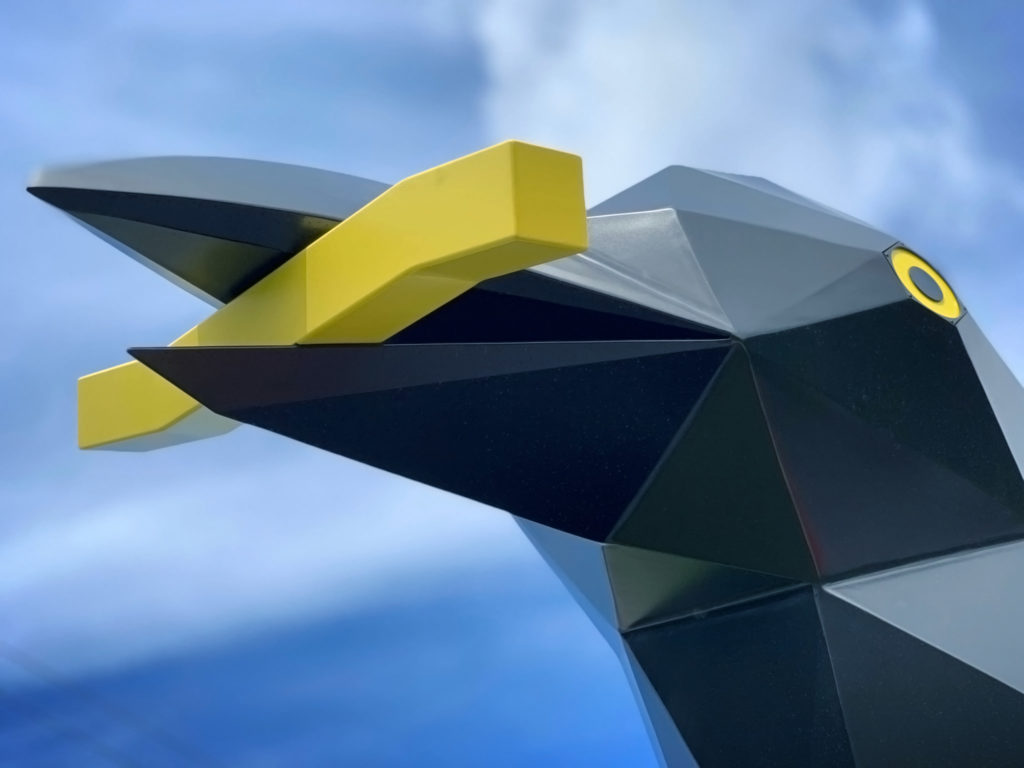 In 2017, the City of Auburn began looking into commissioning artwork that would be highly-recognizable and unique to the city. We think it’s safe to state, mission accomplished.

The art was created by Peter Reiquam, a 30-year vet of creating public art. He was inspired by the two drive-ins that used to occupy the area and the many crows that found it a great dining spot. 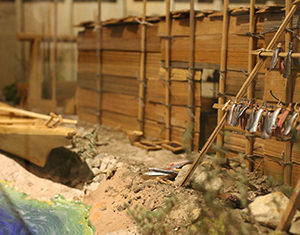 The stories of a region and a people
Posted on March 9, 2018 by Rebecca Frisch