Gary Davis stood in front of the audience gathered in Muckleshoot Casino’s Chinook banquet room. As the invited guest speaker for an event, the crowd hung on his every word.

Davis spoke on a multitude of topics, ranging from his time playing football, his various careers, his Native heritage, general advice and more. Applause filled the room as he finished.

Visiting reservations across the country is something he’s done for a while as both a speaker and an entertainer. 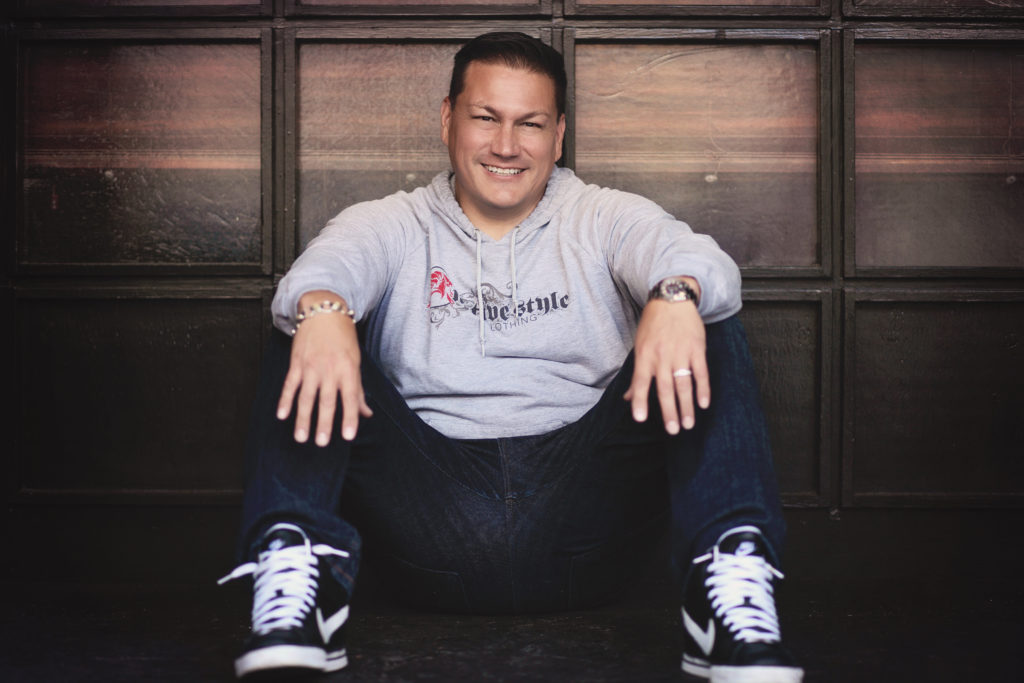 Davis is a man of varied talents. He is the Executive Director of the Native American Financial Services Association. He is an entrepreneur, owning many companies. He is an actor who has starred in both movies and on television.

And he was the first Native American rapper. Known by the stage name Litefoot, it was how Davis first started to etch his career path back in 1991.

It wasn’t a medium he was originally looking to break into. Growing up in Tulsa, Oklahoma, he dreamt of a football career for a while, but it was music that pulled him in another direction.

He discovered a love of poetry and rap while young but did not envision himself as a rapper. He liked the art, but wasn’t looking for the spotlight.

“It was always a natural ability of mine to rhyme words,” says Davis. “To take ideas in my head and put them on paper; initially, that’s what it started with. I loved being able to use it as a form of expression.”

The push to finally start rapping came from his sister. He says it was she who wanted to be the music and acting star in the family. The first time he rapped on a recording was on one of her songs.

“She definitely saw the talent and potential,” Davis continues. “She opened the door and a new world opened up to me where I decided to pursue more of that expression as a rap artist. There was definitely a lot of shock and awe moving that Native American and hip hop ‘smashed together’ idea across reservations as I toured across the country. Really, I think it inspired a generation.” 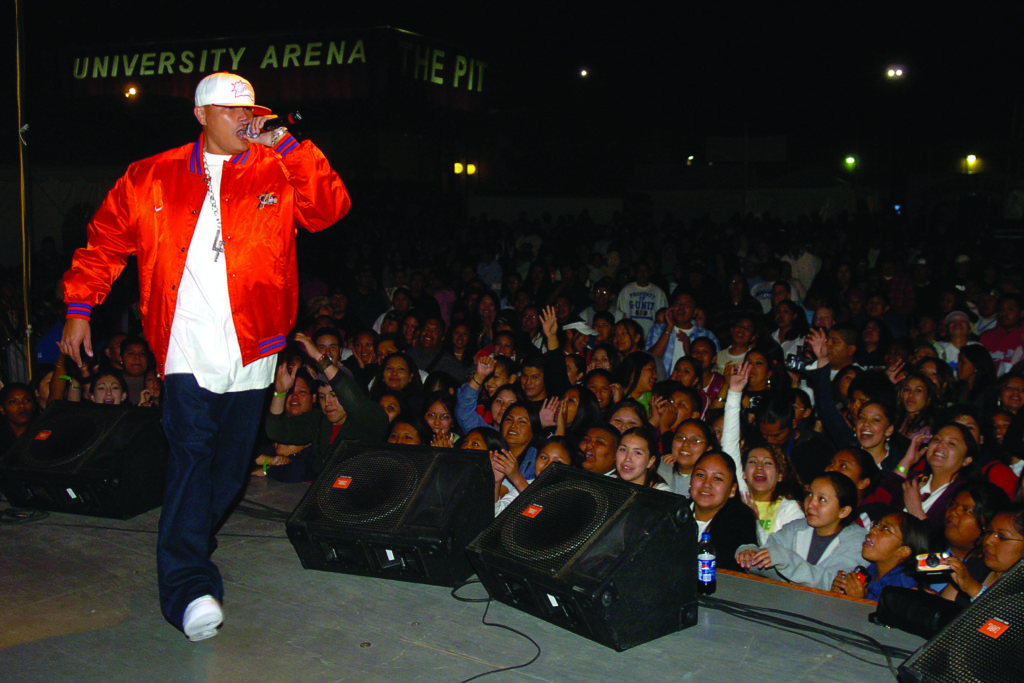 Being the first Native American rapper meant something special to Davis. It wasn’t about the money or fame. It was about finally having a voice to empower his people.

The accolades still came. Davis would go on to win numerous Native American Music Awards, including Album and Artist of the Year.

As he became more successful, more opportunities opened. In 1994, after coming home from performing in Europe, he’d receive a call from Paramount Pictures. They wanted him to audition for a role in their upcoming movie, “The Indian in the Cupboard.”

It was his first acting role and still to this day, his most memorable one.

“It’s always going to be the one that people associate with me,” Davis states. “And I’m so fine with that. It was made by some amazing people and we worked incredibly hard on that film. It’s a message that still plays, resonates and translates to today. It’s a blessing to be associated with something like that.”

He went on to star as Nightwolf, the mystical Native American shaman, in “Mortal Kombat: Annihilation” and as Hiawatha in “The Song of Hiawatha.” He also had roles in shows like “House of Cards” and “CSI: Miami.” 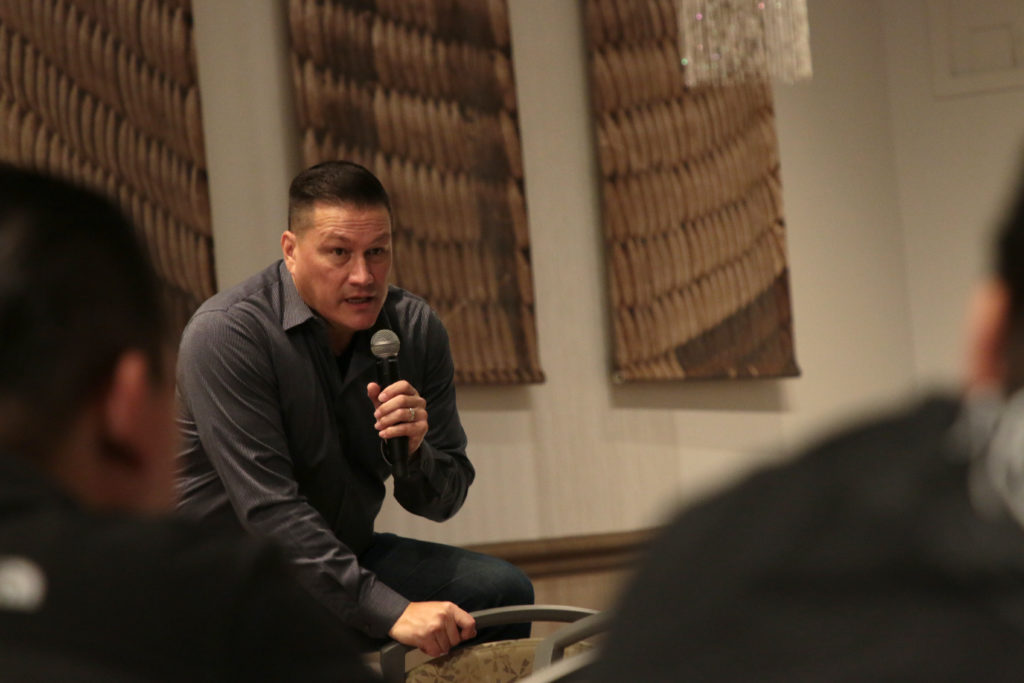 Davis’ foray into business was much less surprising than his music and acting careers. The art of entrepreneurship was ingrained in his DNA.

“I think entrepreneurship is one of the most traditional activities that we as Native people have,” adds Davis. “Our people have done an amazing job of sustaining our communities, providing for our people and trading. That’s always been a part of the sustaining factor of our communities.”

Davis grew up working in his father’s businesses. He credits the lessons his father handed down, and the experience he gained, for his continued growth as an entrepreneur. Without them, he doesn’t believe he’d be as successful.

Previously, he’s served as the Vice President of Native Affairs for the Triple Five Group, owners of The Mall of America and the West Edmonton Mall. He also served as the President and CEO of the National Center for American Indian Enterprise Development (NCAIED) for nearly five years.

Some of his business ventures, ran in partnership with his wife, Carmen, include communications and consulting, clothing (www.nativestyleclothing.com), and recently Native Business Magazine, the only native-owned, business-oriented publication in Indian Country.

Public speaking is yet another avenue he’s excelled in. He’s continued to spread his message of empowerment through speech at reservations across the continent.

One of his greatest accomplishments took place in 2005 as he completed his Reach the Rez Tour. In a single year, Davis held 211 events across the United States.

“It was really just something I felt inspired to do,” said Davis. “It was put upon my heart to drive forward ideas that today are more discussed and talked about, but weren’t at the time.” 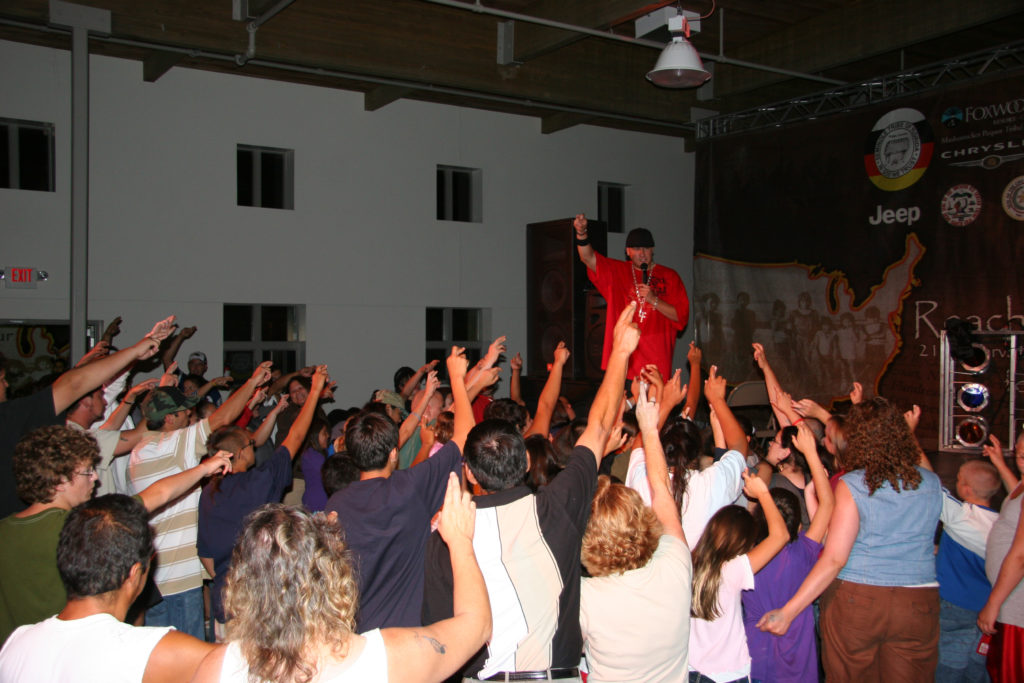 During that year, the tour logged over 54,000 miles without ever leaving the country.

“It’s hard for people to wrap their mind around that,” states Davis. “We still, to this day, have people email us, post on Facebook, etc. ‘thank you for what you did. Thank you for coming to our community.’ It obviously resonated with a lot of people and I’m blessed to have done that work.”

While he has touched many lives, Davis would be the first to tell you that his work isn’t even close to being done. He continues to visit reservations to spread his message to this day.

He never has the same exact speech at his events, though he may touch on many of the same points. He’ll intersperse his raps in between, always containing a pertinent message that enthralls the crowds just like it did here at Muckleshoot Casino.

While his career may have begun in the 90s and branched off into several paths, it’s clear that the journey is still at its beginning for Litefoot. 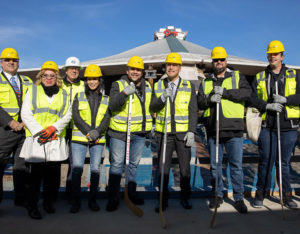